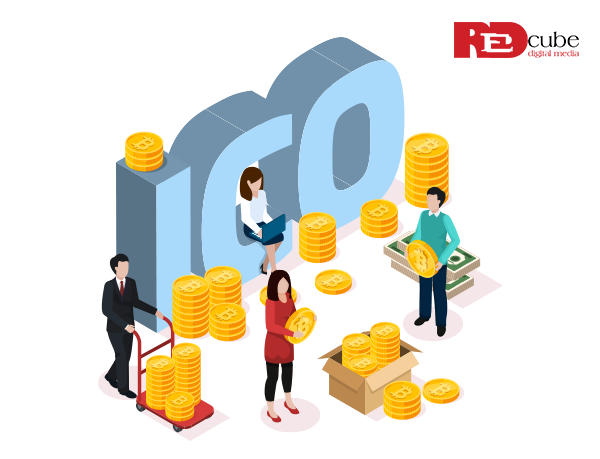 ICO, or Initial Crowd Offering, started out as a ‘crowd sale’ method to fund projects which were in the development pipeline. The investors would get tokens equivalent to their investment value, as a part of a smart contract.

ICO has potential. No doubt there! But it’s just as risky and speculative, as it’s useful. ICO has proved a lucky choice with as much as 10,000 percent of profit in some instances. But it’s also ended with loss and scams. The ICO market isn’t heavily regulated, and yet the cumulative funding was expected to cross $4 billion by 2017 end.

Creating and marketing an ICO is a matter of critical planning. The question, however, is how you can create a convincing digital marketing approach for your ICO? Be mindful of these five tips.

Figure Out- Are You ICO-Capable

Many ventures are toying with the concept of ICO. But nobody raises millions overnight. Or with every idea.

You need an objective. A business model which can reasonably integrate digital tokens, add value to your ultimate product, and offer a suitable deal to the investor, as well.

Familiarise Yourself with the Legal ICO Landscape

The legality of ICO isn’t a concrete concept. On one side, bitcoin soared like never before. On the other, China and South Korea banned ICOs.

By the end of 2017, many nations aggressively moved towards establishing regulations around ICO. South Korea and China cited high possibilities of scam and fraud behind the decision to ban ICO in their countries. The funds which pour in from all around the globe also challenge security and taxation laws. Even the US SEC has issued a warning regarding manipulative schemes of public companies.

Take a good look at the laws which govern ICO in the country where your business is registered.

Among the investors who may appear interested in your ICO, you’ll find two kinds of people.

The first lot will know what ICO is, how digital currencies work, and what’s the scope of your scheme. The second group will most likely be full of cryptocurrency enthusiasts who can’t tell blockchain from bitcoin.

Your marketing content has to cover both kinds of audiences. Your social media campaigns, traditional PR runs, keyword planning, email marketing, SEO-compliant content, etc. should speak to every section of the audience spectrum.

Deliver a Story worth the Investor’s Time and Money

Having a pitch that’s sincere, compelling, and presents a substantial case helps convince the investors that you’re worth giving money to.

Use statistics and trends to prove the usefulness of your scheme. Explain, in exact words, your product, and it’s unique attributes, the target customer, marketing idea, and revenue model.

Your website, social media profiles, as well as every other online presence, should only showcase your best, current, and up-to-date work.

Nobody wants to invest in a project with an anonymous developer, unrealistic or vague goals, and non-transparent progress. The investor needs a method to check up on you, and a digital communication system that wouldn’t fail them.

ICO is popular, and the credit mostly goes to the cryptocurrency hype. It’s an excellent opportunity to gain astronomical profits on products in a short span. However, launching an ICO marketing campaign is far from easy. In addition to these tips, You’ll need preparation and sharp, focused coordination to get through with it.