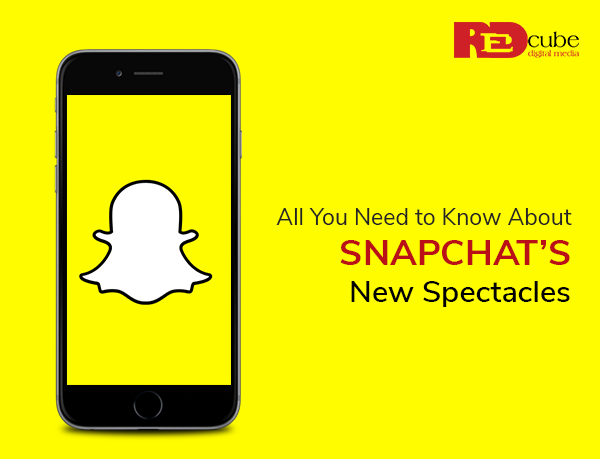 All You Need to Know about Snapchat’s New Spectacles

In case you haven’t heard already, Snap – the parent company of Snapchat has made managed to make its “Google Glass-styled” sunglasses quite popular recently! Google Glasses definitely can do much more than Snap’s sunglasses, but they are certainly good enough to grab attention. Definitely, you cannot do social media marketing without those! Actually, they can help the wearers to capture adventures while on the go! If you are comparing it with GoPro, probably the only difference is Snap’s products are wearable. Want to know more before you order your pair? Here you go!

Snap announced the launch of these sunglasses in October 2016. With the help of these spectacles, you can record video snippets that you can probably use for social media marketing of your products and services. These clippings are saved automatically to your Snapchat Memories. The camera integrated into the sunglasses is with a 115-degree lens. This is the exact viewing angle of humans that the glasses mimic.

The Snap sunglasses are easy to use. For taking pictures or for recording videos you just need tapping of left-hand corner button of the glasses. The recording will automatically stop after 10 seconds. These small snippets and photos taken using the glasses will surely work well for social media optimization for your business website. You can modify the camera features to record a clipping of 30 seconds at a time. There’s an inward-facing light when you are taking pictures or videos. The glasses also have outer-facing light for your friends to check whether they are in the field of view!

Unlike Google Glasses, the Snap spectacles work equally efficiently with both Android and iOS devices. To transfer the photos and videos to your smartphone, you need to use a Wi-Fi connectivity for Android phones. For iOS devices, they use both Bluetooth as well as Wi-Fi connectivity. The sunglasses do have an internal memory that can store as many as 10 video snippets! So, if you are doing social media marketing using your smartphone, using photos and videos have just got easier! Just be careful while taking these glasses to a water park or a beach as they are not waterproof.

Snap Spectacles have batteries that will last for around a day. The outward-facing light works as a battery indicator. A double tap on it will show how much charge is left in the glasses. You can charge the spectacles using the case and the cable that come with them at the time of purchasing.

The Snap Sunglasses was launched at around £130 in both US and UK. But due to a surge in demand in the US, the price has also increased to £775 or US $1,000. You can check eBay for purchasing these glasses online. If you want to see the sunglasses with your own eyes and check those out before purchasing, search for the bright yellow vending machines called “Snapbot”. Snapchat has deployed a series of Snapbots around the UK to sell the glasses to the fans. The Snapbotsrelocate to different areas daily so, you need to keep a watch for those! Snapbots were launched in the US also, but later those were removed by the company.

Till now, Snapbots have traveled to London, Barcelona, Paris, Venice, and Berlin. They are expected to visit more UK cities soon. Snap has announced that it could sell more than 60, 000 pairs of glasses since the day these were launched in the US. According to Evan Spiegel, Chief Executive, the company keeps experimenting with the hardware to provide the fans and users with much more features and functionalities than what they are getting now. So, probably, these glasses will be of great help for social media optimization in the coming years.

Since Google Glass was withdrawn from the market in the year 2015 on concerns of safety and privacy, the Snap Spectacles are the first products launched of the same genre. Snap Spectacles claim to take care of the privacy as well as the security of the people. Hope, the fans of augmented reality eyewear will have something this time to wear for a longer period of time.

To get to know more about digital marketing services that will take your brand to a next level, get in touch at 011 4608 3152 or send an Email@ likeus@redcubedigital.com