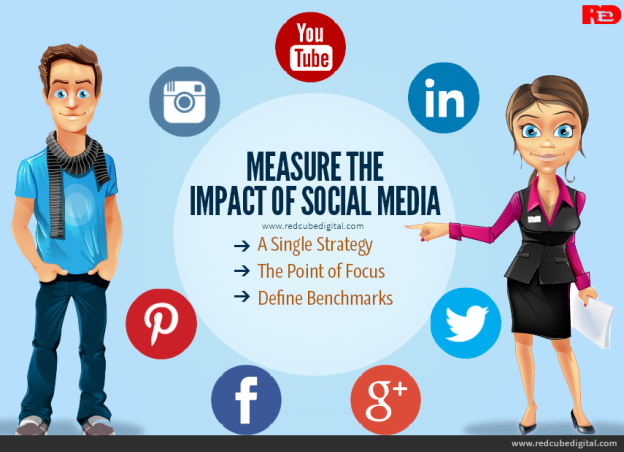 Ways to Measure the Impact of Social Media: A Case Study

Social media is an assembly of several platforms that converge to enhance your reach, and bring to table leads and profits. Every social media campaign run by you has specific media that is relevant to you as a business and your target. Affairs of a social media connoisseur involves studying the platform, judging if it will do good to your brand and finally making sure that this platform has unique posts that appeals to the audience. Efforts made in this way tend to benefit the brand and brings in maximum output. The impact of social media in this socially interactive world is high for any brand, but if you’re dealing with social media in the right way can be known only when you measure the effects of your campaign.

SAP North America established a process that manages to uncover the effectiveness of a social media campaign. SAP is a well known organization that provides distinctive enterprise level software and services to its client. Somewhere in 2010, SAP started to emerge on social media as a way to create its presence among their concerned audiences. For this purpose, the company has on board 5 to 6 companies, on contract basis, to deliver social media dynamics for their organization. Three years after appointing these companies, SAP began to see that they had no idea what the social media campaign was doing for the company. They definitely gained a substantial amount of quality followers at every level and on every platform. After a point, they created an in house social media team and began to save more money through their efforts. But, what they lacked was the measure of their social media activity. So, what did SAP do to make sure that they could understand the impact of their social media activity?

When SAP started out to measure its social media activity, it found out that there were just too many strategies in place alongside a wide range of tools. The method seemed diverse in many ways thus making it almost impossible for the organization to determine if their social media efforts were really fruitful or not.

The executives at SAP wanted to know if the leads and sales being generated by social media were indeed in line with the investments being made. For this purpose, the first thing SAP did was to bring in a process. They decided to break off all the contracts, and make social media an in-house affair. Once that was done, they decided on creating a single strategy that can be measured through the various metrics.

The Point of Focus

It is important to strategize the focus point in order to study your impact. For SAP their focus initiated with lead generation. Social media has a range of benefits, but using all at a time could make it a hocus-pocus strategy that cannot be measured. So, SAP decided to focus its social media marketing efforts on lead generation.They began driving the people to their blog links where each post had a definitive call to action. Every link was coded in a way that the company knew where the registrations were coming from. The information related to the consumer base and the leads thus generated were fed into the CRM software. This linked system made tracking easier and effective for the company. Initially it was a small in-house team. But, seeing the huge demands of social media, they decided to convert it into a social media consultancy.

The initial stages of their social media engagement and measurement were busy calculating the reach, engagement and conversions. The whole measurement was calculated on the call to action link that was added to every blog post. Based on the initial reach, engagement and conversions, the company came up with a few hypothesis based on which they decided to set up benchmarks. These hypothesis paved way for a system that defined achievements and goals for the social media strategy.

For SAP it became important to track the source for maximum conversions initially. Gradually they developed a measure to track which platform brought in maximum output for marketing efforts and finally developed a method to track sales record through social media. It was a gradual affair, but finally a tracking process was in place. This allowed them to lower the investments and get higher outputs.